The Concept of Blockchain Technology

The transparent network of Blockchain technology has exploded during the last few years due to the need for a system that is revolutionary and original. The present economy is majorly dependent on cash-based currency. The working class in the country earn income in the form of cash, instead of a digital asset. However, blockchain technology allows the new system to be independent and decentralized. 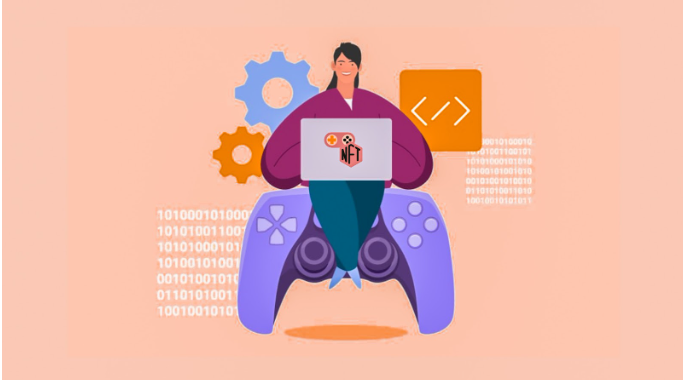 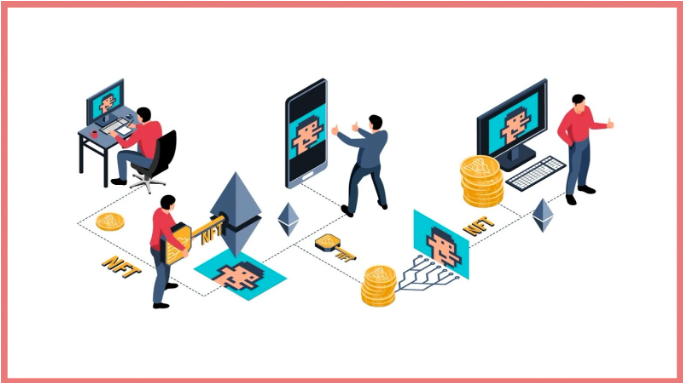 We come from a time when we used to play ‘Super Mario’ on a gaming console of 16-bit. The simple and easy to catch industry has now evolved to an extent that involves virtual reality and challenges the players emotionally. The progressive features of games based on blockchain technology reward the preparation and precision of the players. There are countless multiplayers in the industry at present that are inculcating real money into games. The infamous and much acclaimed game ‘PUBG’ is a great example of this. Given how it challenged the players emotionally and allowed them to build a world around themselves, where they are the main characters.

On the other hand, an unsuccessful game reflects the bad character of the player. Blockchain technology-based games do not chase a goal like that of Mario. However, they demand players to be emotionally invested in the game to perform well. These games are usually either completely online games or can be streamed online by the players using digital assets.

Why would people choose the revolutionized concept of the gaming industry? 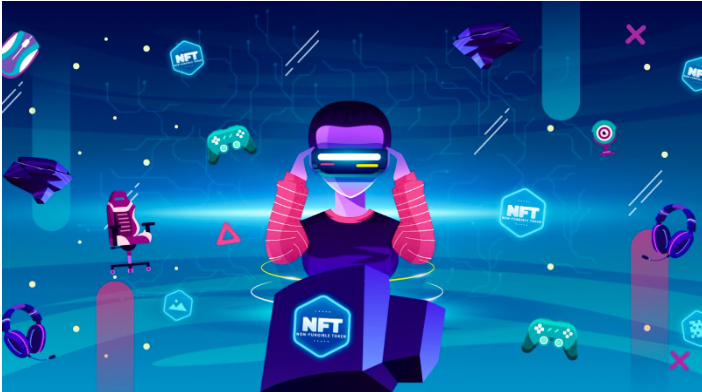 The revolutionized concept of the gaming industry is transparent and accessible to everyone in the world. The whole system of the gaming industry is decentralized. Most of these competitive games are free to play games. Gaming today is yet to offer their players to own their virtual assets used in the game, for example, avatars, skins, and abilities. The new gaming concepts like axie infinity are transforming the way games are played. Axie Infinity is an online game that is based on Non-Fungible Tokens.

The new game developers are nowadays innovating contemporary and futuristic concepts with each passing day. The gaming industry in today’s time is going through a revolutionary change. Some of the reasons why blockchain technology is overtaking the whole gaming industry are:

1. Increased security of the gaming industry 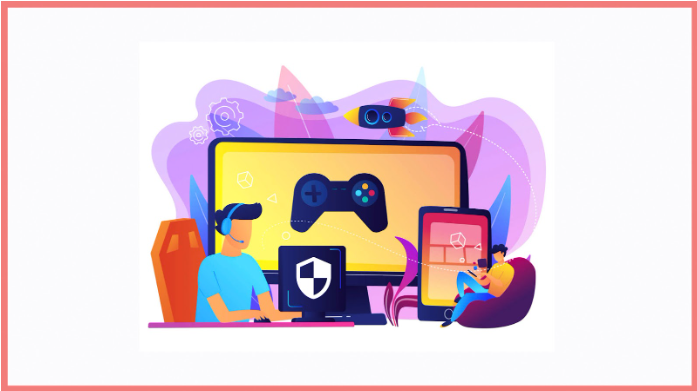 In this 21st century, where technology has taken over the whole economy as well as various other fields, the security of personal data and privacy are under scrutiny. However, the security in the gaming industry based on the blockchain makes it nearly impossible for professional hackers to get access to the server. The game companies are now using high data encryption methods and have strengthened the decentralized network of blockchain technology to a great extent. The hackers don’t get a server to hack and damage the data available. The secured environment gives the game developers a chance to spark the productivity of their players. 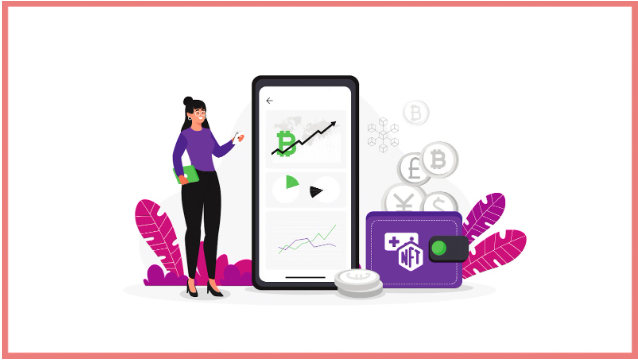 Blockchain technology promotes the privacy and security of data. The customer’s credit card information or any other payment information are often sold and breached by several marketing companies. However, the game companies accept different cryptocurrencies which result in refined experience. The cryptocurrency’s collaboration with the online streaming of games is skyrocketing in a way in which transactions are made in the industry. 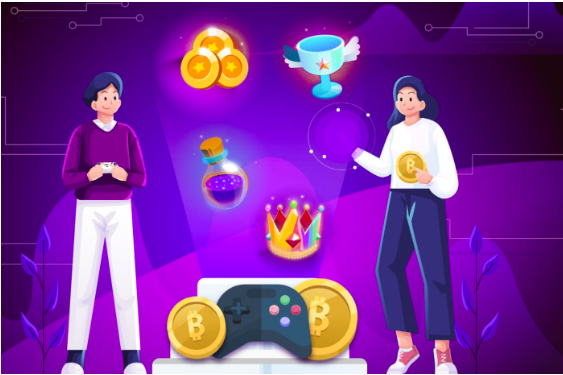 The current online games offer different types of features to their players including an opportunity to earn rewards using their intellect. You can earn income while you are playing with income. The players and the game developers get the option to leverage blockchain technology and construct quality applications and games. They can also upgrade the versions of games and earn rewards. The option to earn gets them a rich experience even when they are emotionally invested in the game. The players and game developers can collaborate to win tokens at the same time. 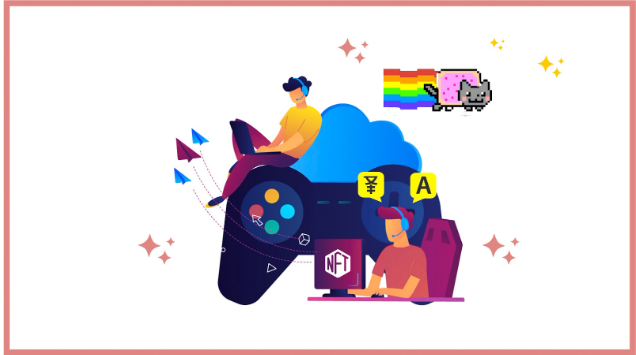 ‘Crypto kitties’ were launched in the year 2017 and got an investment of more than $6 million in less than a month. The unique features of the games excite the players and have them to prioritize intangible digital assets. The game players can put the real value for the intangible assets. Therefore, the collaboration of online games and cryptocurrency brings the value appreciation of Intangible assets. 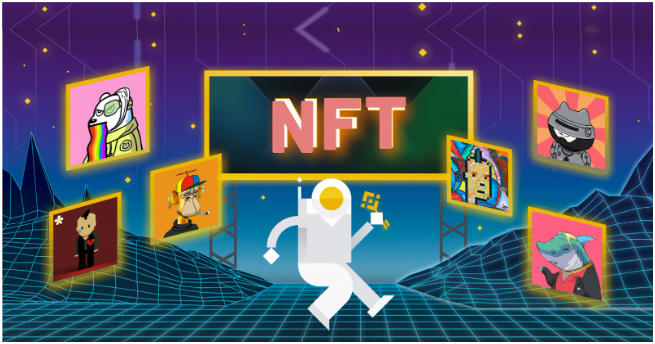 The integration of gaming profiles allows the users to use their profiles to get access to many portals. The game companies allow the user to make a profile before they start playing the game. However, the players can use a single account to run games on various portals. Blockchain gaming applications can also use the profile to interlink their gaming portals. There are games like the singular farm, splinter lands, axie infinity, farmers world, and galaxy blocks. 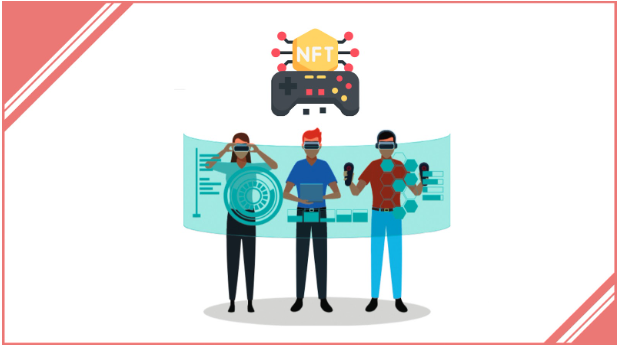 The NFTs are creative and unique which cannot be interchanged. These tokens can be anything starting from swords to their shields. You can own the digital assets and make them your own. Blockchain technology offers unique games for the players, one of which is based on Blockchain technology is known as ‘Alien Worlds’. This game allows you to use the browser to play. The game is very engaging and interesting and makes the player own the digital assets that you use in the game. The metaverse makes the imagination into virtual reality. Metaverse allows blockchain technology to create a revolutionized system that will allow the game developers to make necessary changes in the blockchain network.

We saw how the blockchain network is contributing to the development of the gaming scenario. The gaming industry is using blockchain technology to give its players a new experience and a premium quality at the same time. The revolution is yet to come and make the necessary deviations. The internet will eventually make the whole system much more user-specific. However, this revolution guarantees the players newer concepts within the next five years. Therefore, the blockchain industry is revolutionizing the gaming industry and the way game developers are improving its features

A Freelance SEO Consultant at WorksHub