If you have experience creating React web apps, you can use the same knowledge and skills to create mobile apps utilizing the Ionic framework. In this article, we are going to look at how to set up the Android development environment to compile a React Ionic app into Android.

Setting up the Android development environment would require a few more software installations.

Android Studio is the IDE(Integrated Development Environment) for creating Native Android Apps. It contains android SDKs AND gives you access to a list of android virtual devices which are run as emulators and these emulators can be used to launch android apps.

Android Studio can be downloaded from the android development website, it's very simple to get it downloaded and set up.

Once downloaded clicking on the installation file opens the installer. 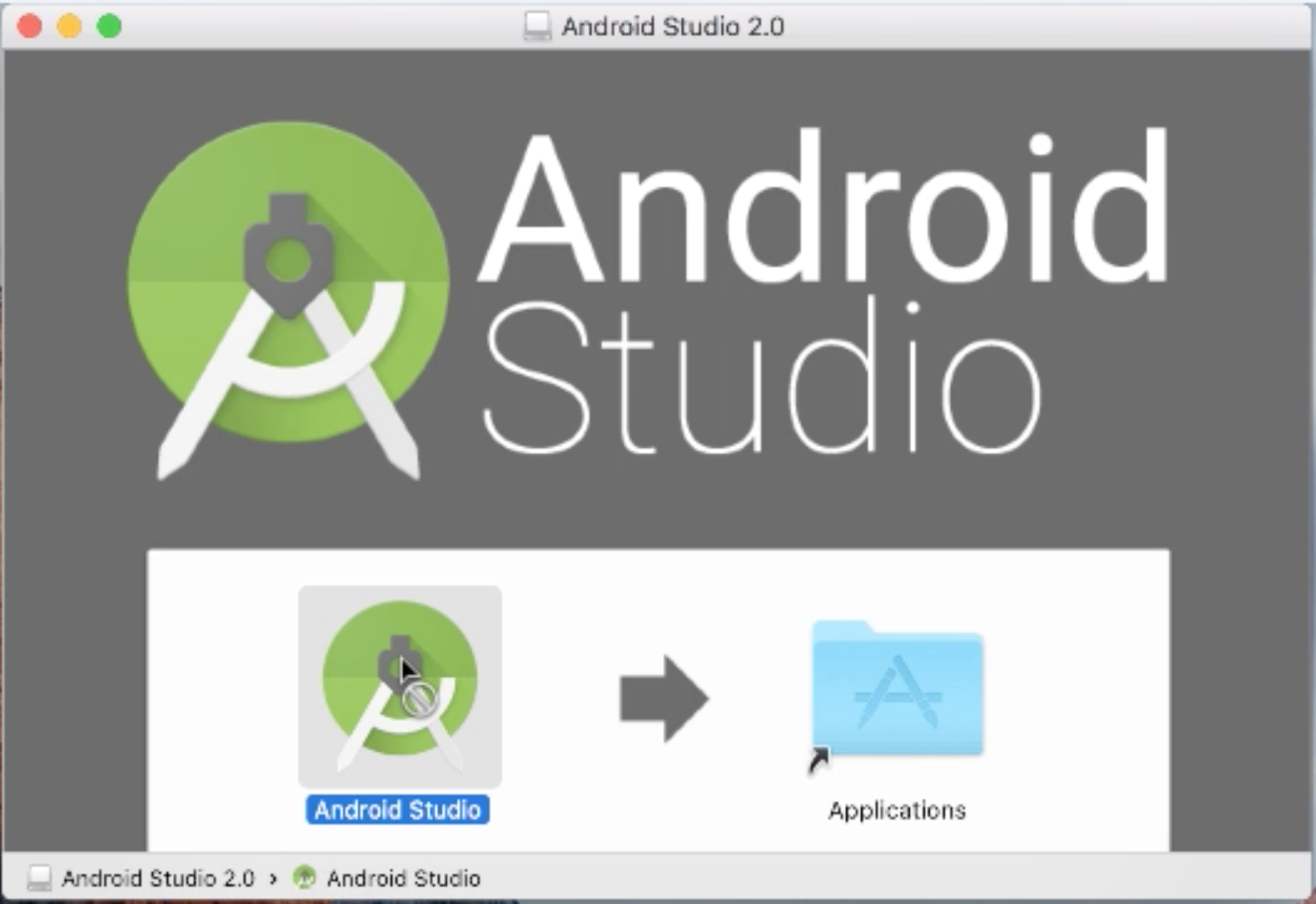 Installing the android development software installs the needed files into your machine. 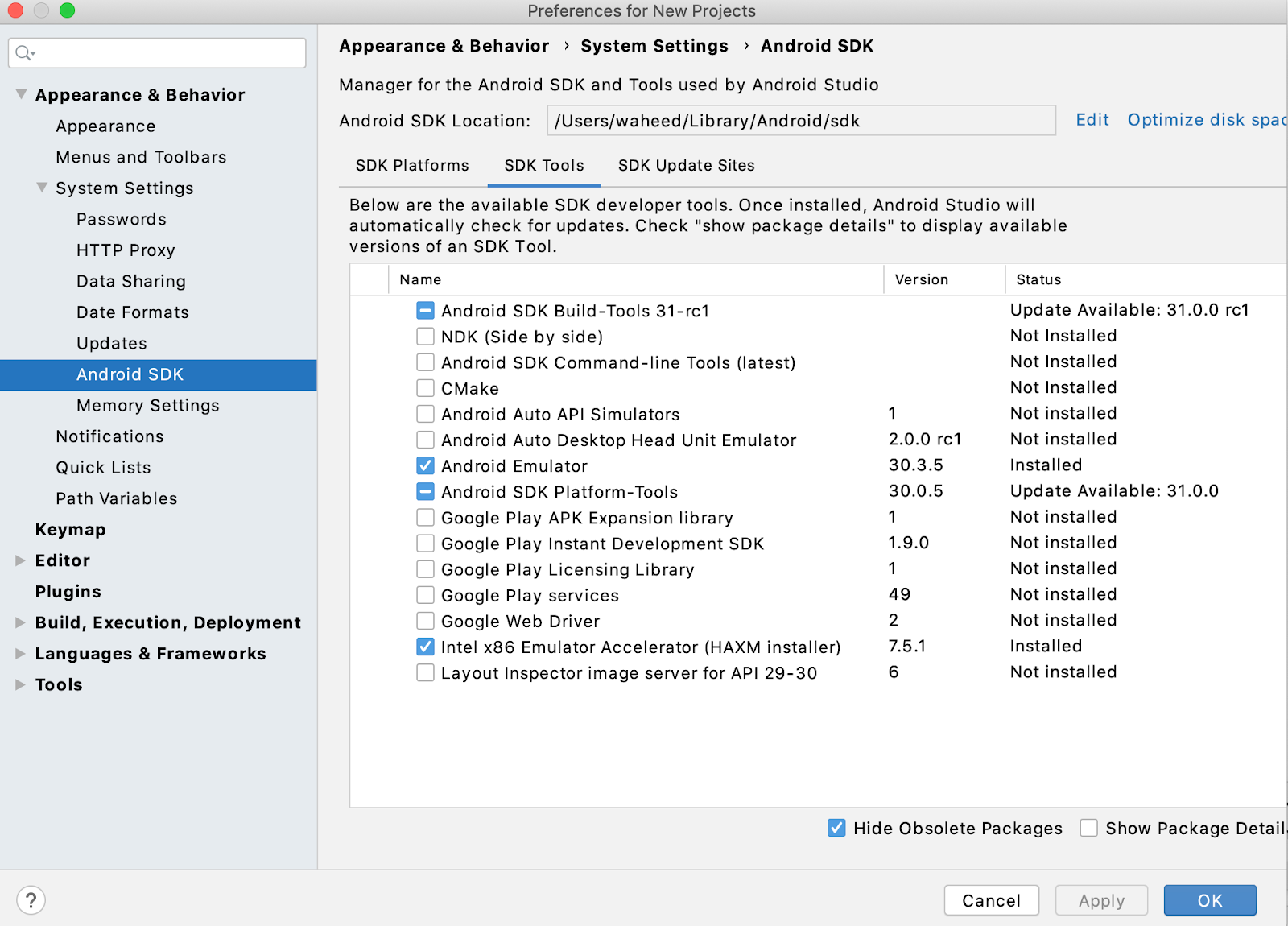 The Android SDK comes pre-installed with useful tools for development. But we need to set up some environmental variables before we start development, these commands can be used for both macOS and Linux.

The command above sets the environment variable ANDROID_SDK_ROOT.

Avds are managed by the AVD manager, this can be set up either in the Android Studio welcome screen or the AVD Manager by clicking the AVD button.

The first step would be to click on the Create Your Device opens another popup that lets you select the phone model. 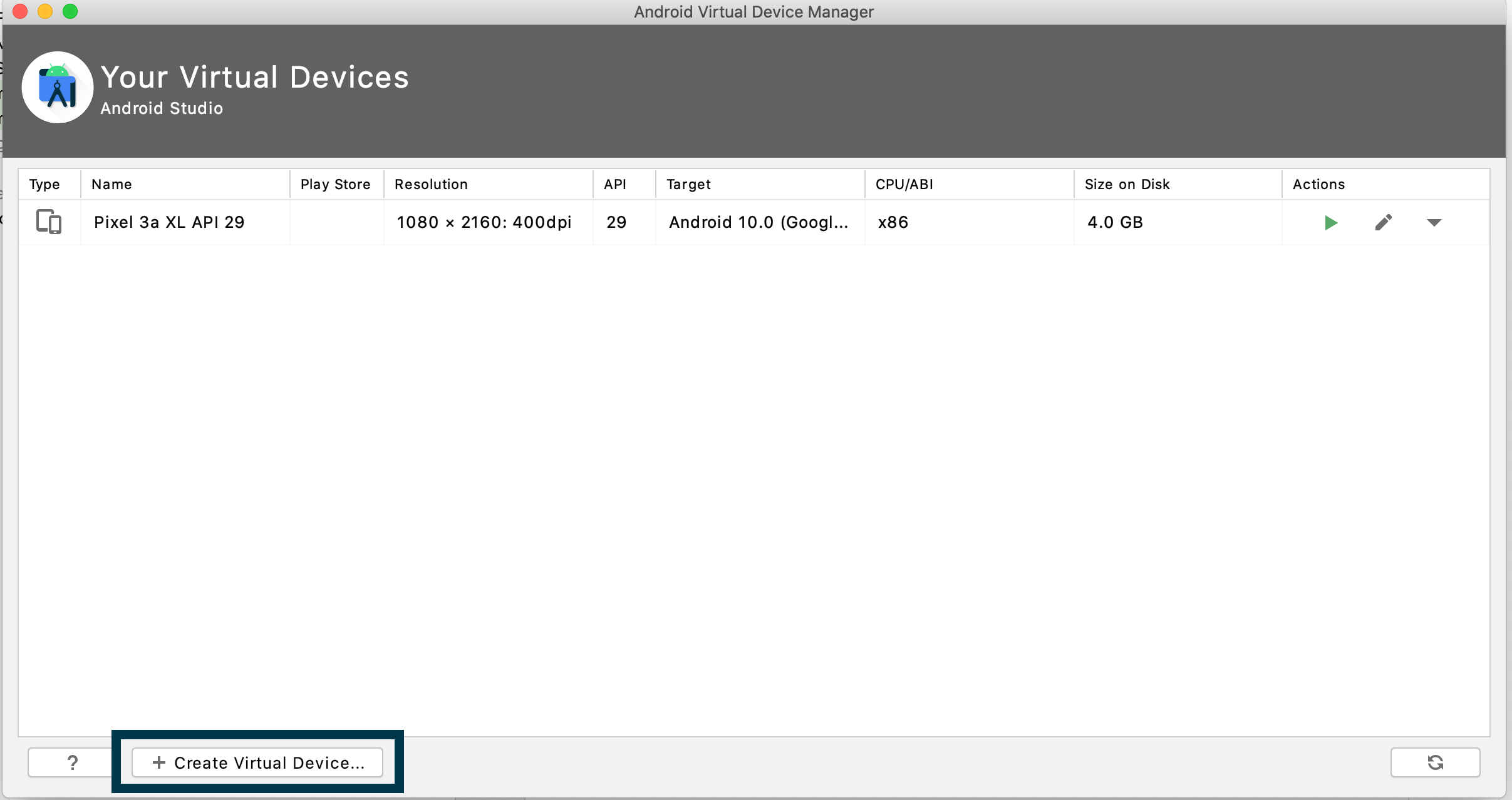 The next step would be to select the phone model to clone (I advise selecting the phone with the biggest display), clicking on the next button should take you to a popup to select the operating system for the device. 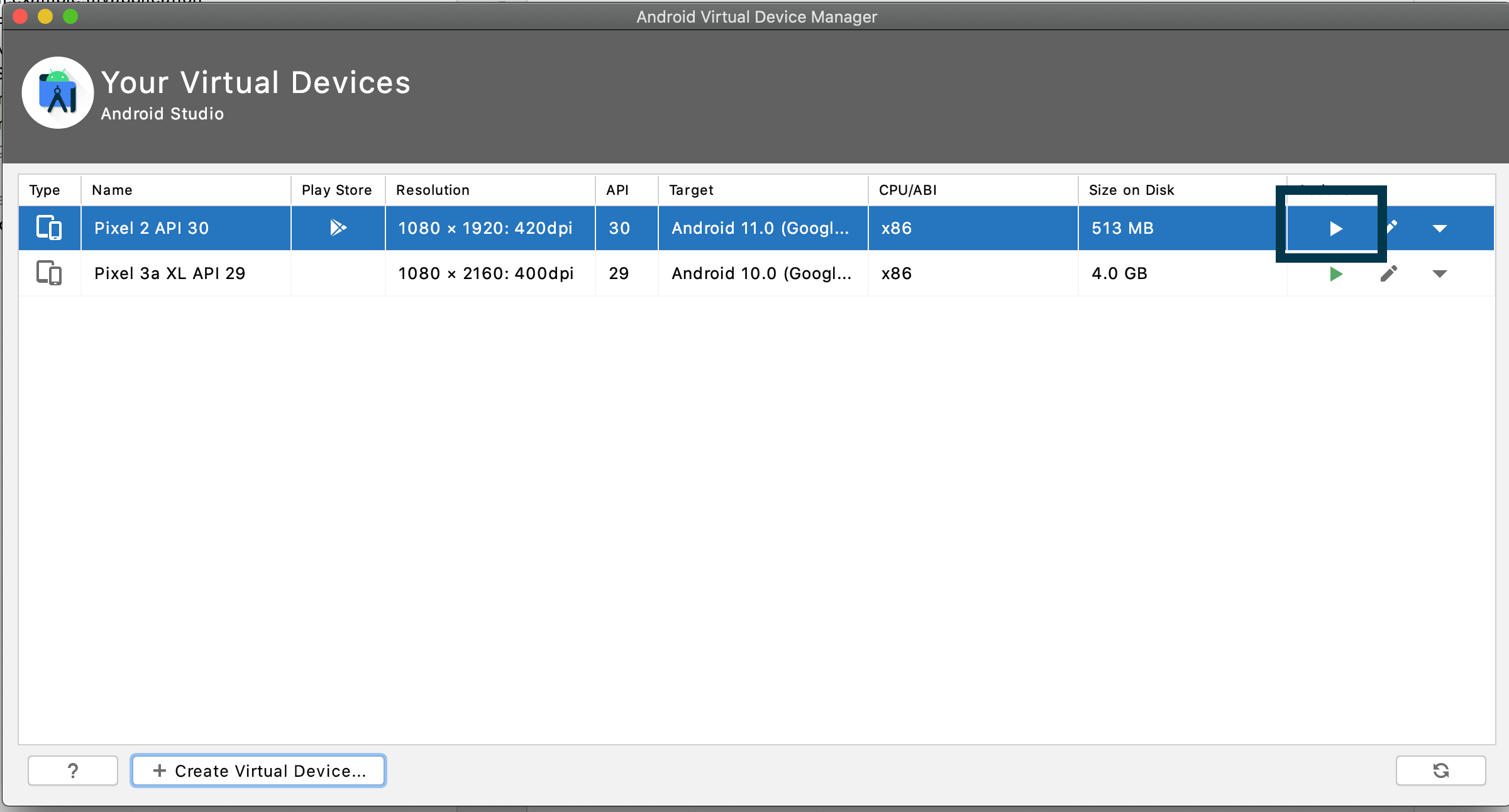 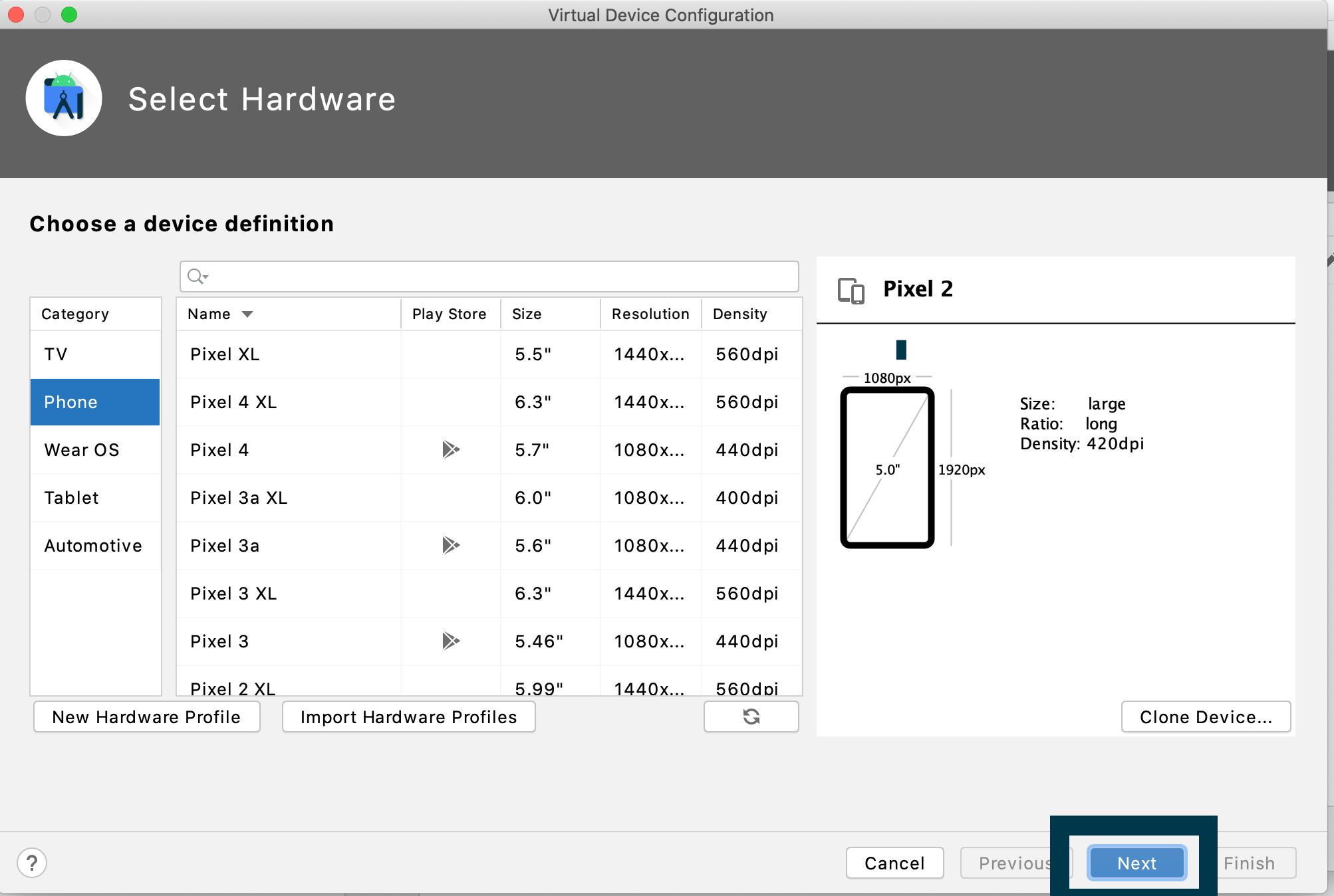 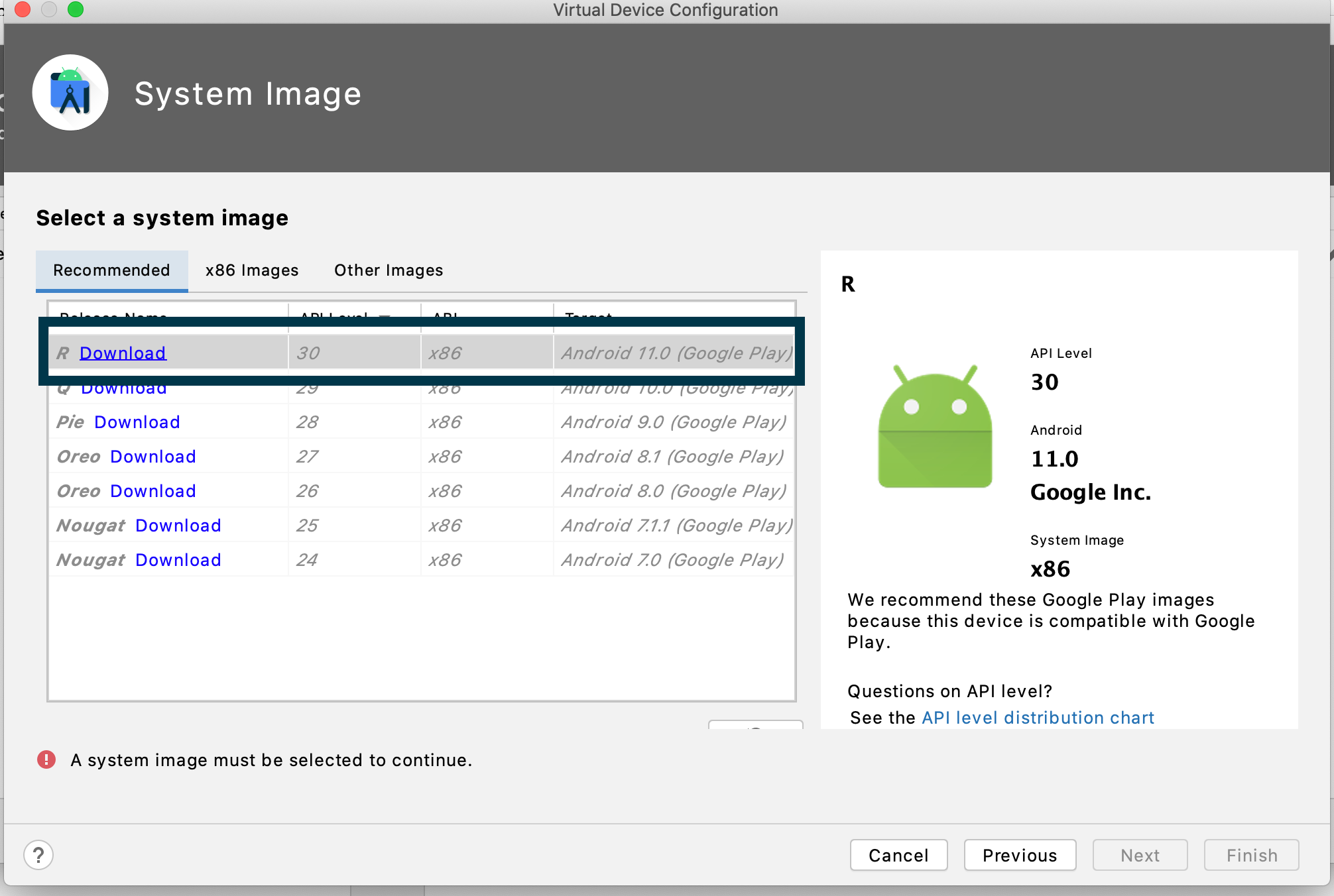 That should have everything set up, clicking finish should set everything up. 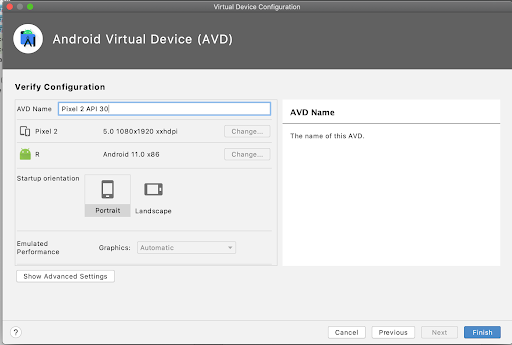 Done, you can now open the emulator by clicking the play button.

Setting up an Ionic Project

The goal of this tutorial is not to learn how to set up an Ionic app, if you need that I advise you use this tutorial, the article should get you up to date with creating an Ionic app but incase you don't want to go through all that you can just clone this repo.

Our final solution would be

Compiling the app involves wrapping our Web app into a mobile app, platforms like Cordova and Capacitor are amazing solutions for this, they provide a Command Line Interface to be able to run commands to compile apps and add native plugins.

Installing the app involves setting up the Capacitor and using it to compile the android app.

This command installs capacitor into the local file directory

This command builds the React app into a bundle that is lighter and can be run on the android app.

This command initializes capacitor in the app project, at this stage we set some params like app name.

This command adds android to the app

This command opens android studio with the app root file. 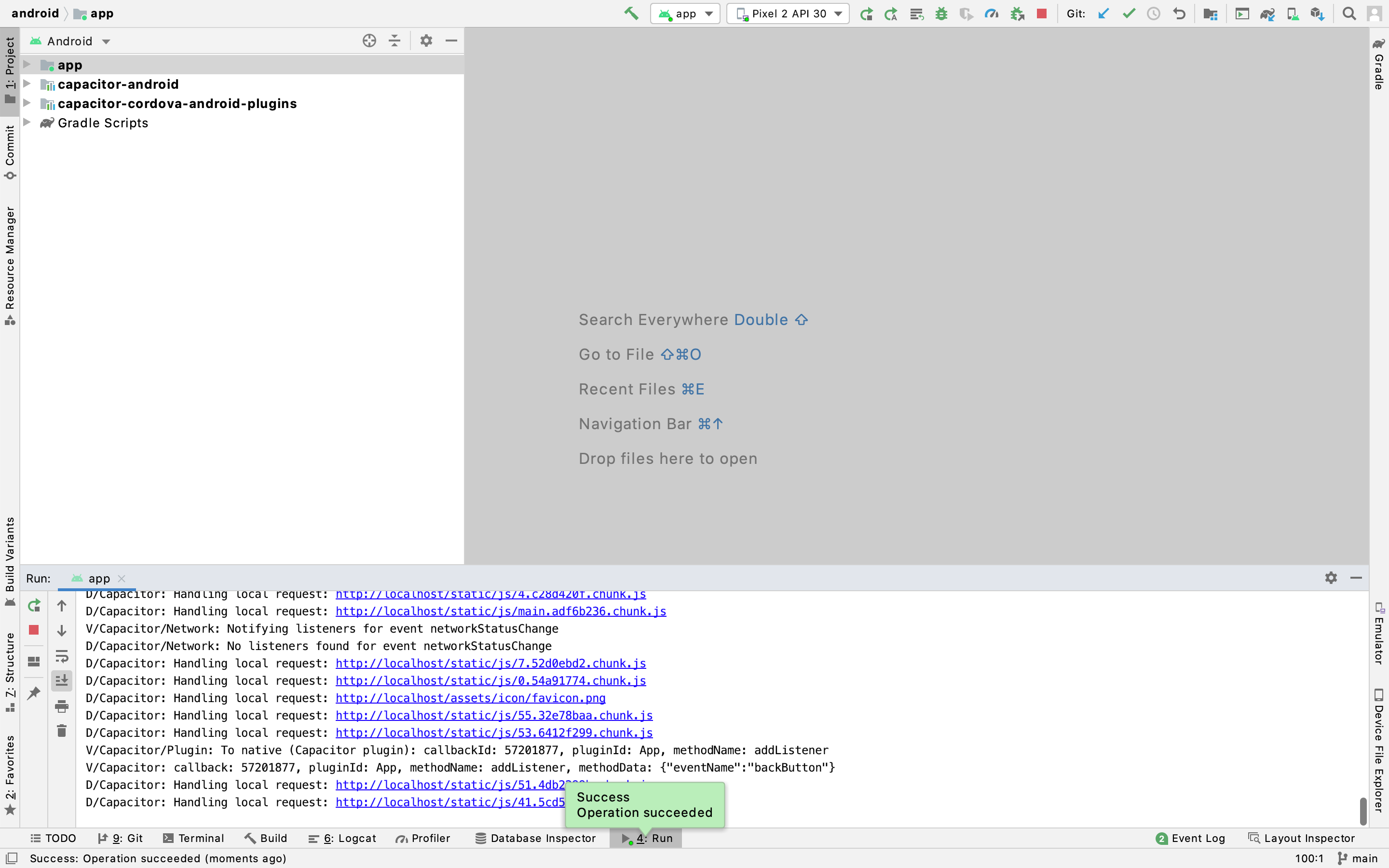 Switching to the emulator after a few minutes we have this.

The app is finally ready and we can see the exact similarity between the app running on the browser and the emulator.

In this tutorial, we have been able to see how it is possible to set up the android development platform on our system and be able to compile the application using capacitor which is our library for wrapping our web app into the android application and also preview that application on the android emulator.

See other articles by King