Here we will discuss some of the blockchain games that will be launched in 2022, how these games will change the gaming industry and what challenges they might face on their way towards massive adoption. We will also talk about how the crypto and blockchain gaming industry Disrupt Traditional Gaming ecosystems in the USA?. Let’s get started!

What is Blockchain Gaming? 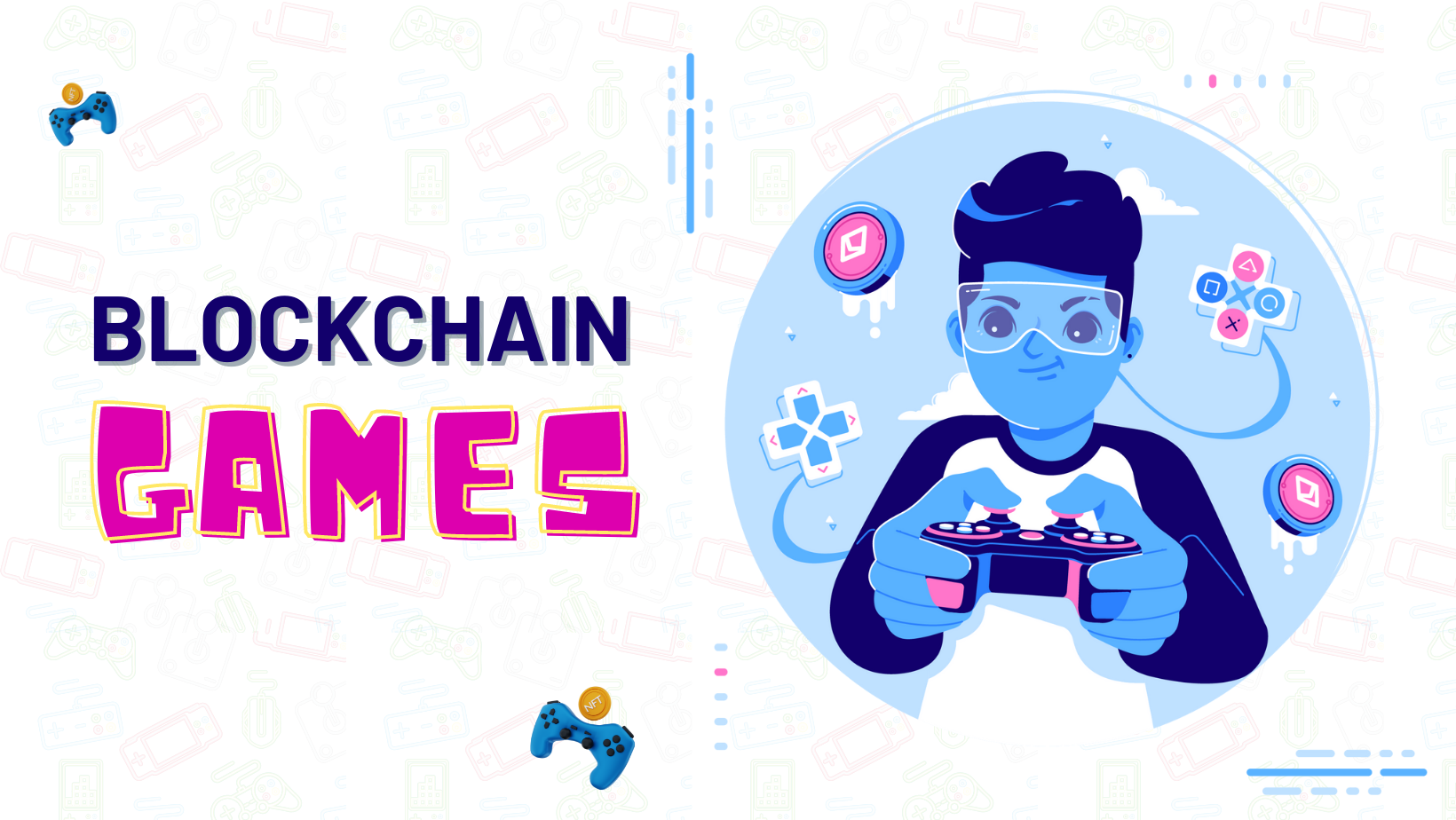 Just like blockchain technology is evolving in finance, healthcare, real estate, and more, its potential for use in gaming is also growing. In fact, there are multiple ways to implement a blockchain into a game that players can benefit from. And whether you’re a gamer yourself or know someone who loves it, here’s how blockchain games will change your game...if you’ll let them. Here are just some of the exciting ways in which blockchain could be used in gaming:

One way to get more out of your favorite game is by spending money on new content, right? With blockchain, gamers can pay directly with cryptocurrency. This means there’s no need for credit cards or other payment methods that take a cut of each transaction. And since all transactions are recorded on a public ledger, users can track exactly where their funds go and how they’re being used.

Just like in real life, virtual currencies are an important part of any economy. With blockchain, these digital assets can be used to purchase in-game items or even exchanged for other cryptocurrencies. This makes it easier for gamers to get what they want without having to spend money on a credit card or wait days for a bank transfer to go through.

Gamers today want to be able to play across multiple devices, and they also expect games to work together. With blockchain technology, it’s possible for people from different platforms to compete against each other.

How Crypto Gaming Can Disrupt the Traditional Gaming Ecosystem in the USA?

While crypto games might appear to be a niche, their growing popularity is something that cannot be ignored. Additionally, in the foreseeable future, we might witness a total overhaul of how the online gaming industry works with blockchain technology at its core. Crypto gaming already accounts for $30 million worth of transactions per year and it is going to explode sooner than later thanks to several advantages it has over traditional gaming industries. In USA 2022, an all-time revenue of over 120 million USD is expected. This figure can easily double by 2027.

Undoubtedly, blockchain is a revolutionary technology that has already disrupted many industries and it will continue to do so in the future. In fact, it is quite possible that we might witness a crypto gaming revolution sooner than later. Here are some reasons why:

For game developers, blockchain means you can put up your games on a number of platforms without worrying about trust issues or user data getting into the wrong hands.

How to Get Started With Blockchain Games?

Blockchain games are all about cryptocurrency, just like every other blockchain project. They’re based on cryptocurrencies and smart contracts—programs that automatically execute when certain conditions are met—and they trade value for virtual goods in a way that makes it seem as if you can’t lose.

To get started with blockchain games, then, you need to understand what these elements are. For starters, let’s take a look at cryptocurrency: Cryptocurrency is essentially digital money—it’s just not printed or minted by governments. Then, You need to under the blockchain infrastructure that supports it. And finally, there are smart contracts. Smart contracts allow you to exchange your currency for specific items within a game or platform; once those terms have been fulfilled, your currency will be released back into your account.

Some of these are relatively new and are gaining massive popularity among blockchain companies, while others have been around for a while. Here’s a quick rundown: 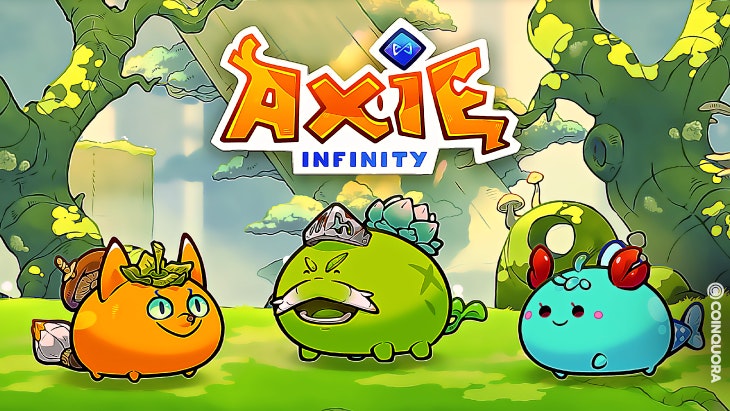 Card-based strategy game for all major platforms – play anywhere you want with anyone on your friend's list. Based on ERC721 smart contracts and allows users to collect, buy, sell, trade, and exchange unique digital creatures called Axie. This game will be live by Q4 2017. The gameplay involves training and battling Axie monsters against other players’ monsters (PvP). Players will also have an opportunity to battle NPCs, which can drop rare items or grant special abilities when defeated.

Axie Infinity is a crypto game that raised over $1 million in just one month and reached 50,000 registered users by December 2017. An official launch date has not been announced yet. 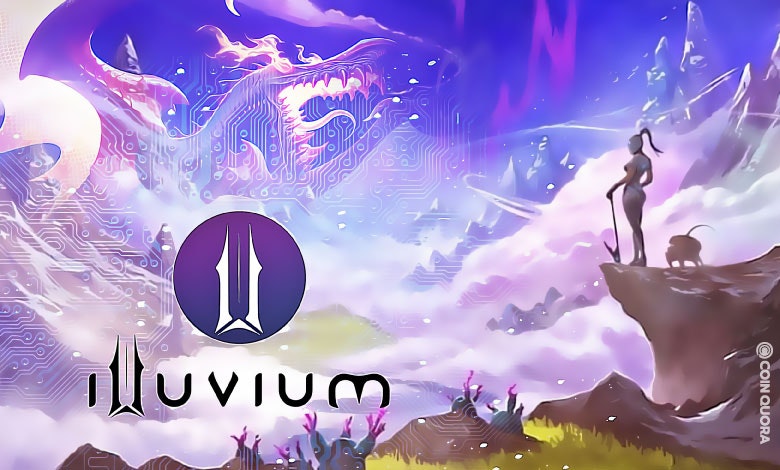 This game is a really cool blockchain game that allows you to collect and breed digital cats. Collecting these kitties is a lot like collecting baseball cards, except instead of being physical cards, they’re digital and you can breed them together to create unique new kitties. You can also buy rare kitties from other players or trade your own rare kitties with others for more powerful ones. 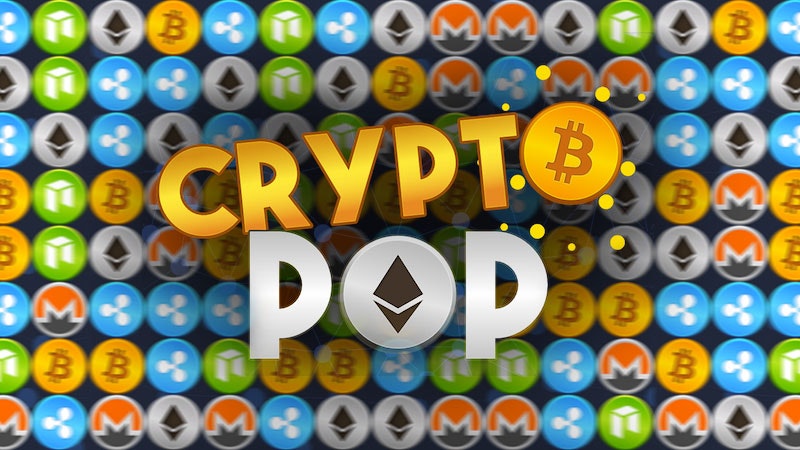 In this Blockchain game, you will be able to trade, buy and sell cryptopop characters. There are three types of characters: common, rare, and legendary. Each character has a unique set of attributes. Some are stronger than others, some have more speed or defense power. You can also breed your own unique combination by combining two different types.

Pegaxy is a blockchain-based game. The point of Pegaxy is to help users learn about cryptocurrencies, specifically those based on Ethereum, through an interactive and fun game environment. In this game, users will be able to buy, sell, trade, and invest in digital assets using Ether (ETH), as well as earn ETH by playing.

Decentralized Finance, or Defi for short, has a ton of potential, with games being one area where it could grow. So far we’ve seen a lot of fun games that use tokens as items within a game. In this game, You can trade your assets on an open market and even create your own marketplaces! Blockchain games are still pretty new but they are growing in popularity every day. Since they use blockchain technology to ensure fairness and transparency, they have some unique benefits compared to traditional video games.

There are already several game studios working on blockchain games, but there is currently no game that has achieved mainstream popularity. In fact, according to a survey done by Decentraland, only 11% of people said they were interested in playing blockchain games. However, blockchain gaming isn’t about building a single killer game; it’s about revolutionizing gaming as we know it. I hope this guide was helpful. If you want regular updates on similar content, feel free to subscribe to our newsletter.

A Freelance SEO Consultant who also loves to blog about technologies.