You no longer need to be in the same room as your CTO team to change the world. Programmers are building the future from different cities, countries and continents, thousands of miles away from their colleagues.

To find out more about how WorksHub Issues works click here

We’re helping you connect to the biggest and best companies in tech, wherever they’re based. You should be able to pick the best, most interesting jobs from the entire global market, not just your immediate city. Tech talent isn’t just in the big cities any more, you can learn to code from a bedroom in Kiev just as easily as Berkeley.

There’s no reason why your opportunities should be limited by where you happen to be living. And as remote working becomes more normalised in every industry, programmers stand to gain the most.

You don’t have to worry about a three month hiring process, flying out for interviews and trying to impress hiring managers only for them to take offer someone else a job. You can do real work that adds value to innovative products done and live in the time it would take to go in for an interview.

We started as a recruitment company, but we want to be so much more. The labour market is re-aligning and we want to give you the tools to make the most of the changing landscape. With WorksHub Issues, we’re opening up our community to get working on projects that matter to you. You pick the issues you want to work on, in the languages you want to work with and do work that you find stimulating.

You get to try out new languages and technologies, find out what the company is actually like to work at, you can build new skills and even get paid for your contributions.

When you submit work on an issue, you’re advertising your skills and your code to the world. Not only will you get enjoyable, paid and professional work, you’ll be connected with companies you may end up working for. 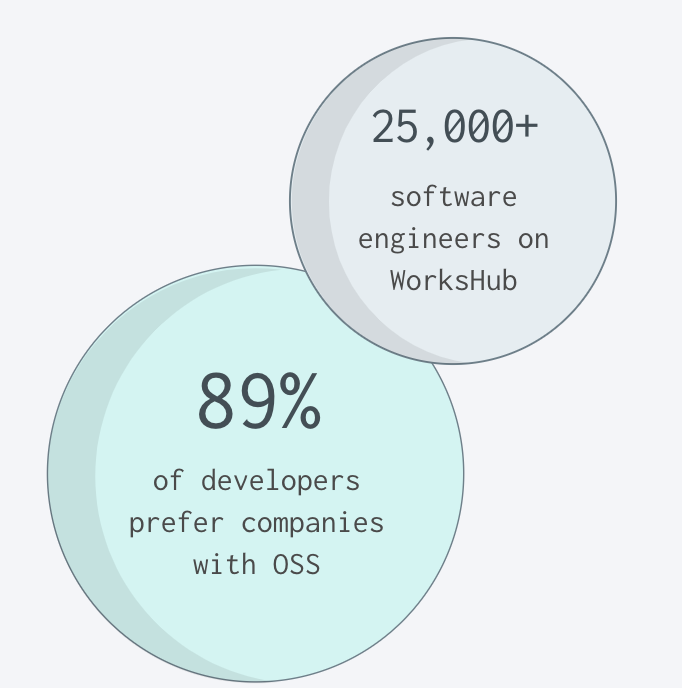 And we’re backed by the numbers. According to this year’s Stack Overflow survey, over 90% of developers believe that OSS is either the same or better quality than closed. We also surveyed the thousands of developers on our platform and the results were overwhelming. Over 80% of our users said they’d be more likely to work for a company whose Open-Source they’d already contributed to.

Instead of taking boilerplate coding tests that don’t tell you anything about a company and don’t produce anything valuable. Why not do real work, get paid and show off your skills to companies you want to work for?

See other articles by Alex