I would like to share some gas fee related problems that I learned while carrying out the target project.

Due to the nature of the target, it was necessary to mint all tokens at once, so a NFT contract was created using ERC721A that supports batch mint and deployed to the mainnet.

Recently, I just saw someone introduce the deformation related to ERC721. Among them, ERC721Psi is the most efficient one for reducing gas cost, so the idea of ​​research arises. Here I would like to introduce to you the main improvements of ERC721Psi and how to improve them

ERC721 is one of the current mainstream NFT formats (there is also ERC1155). Everyone's demand for NFT has increased, and the cost has followed. Various variants of ERC721 were born. Introduce some concepts of ERC721, these concepts help to understand how ERC721Psi reduces gas cost. In ERC721, each token corresponds to an NFT, and each token has its own tokenId sum owner. There will be _owners a to record tokenId the corresponding owner. When you send the token to others, you will modify _owners the token owner.

When you mint multiple NFTs at the same time, you need to write your address in the _owners corresponding position of these NFTs to indicate that you belong to these NFTs owner. This also leads to the fact that the gas required to spend mint with multiple NFTs will be multiple times that of mint with a single NFT. Is there any way to reduce the gas cost?

ERC721A was published by the well-known NFT Project — Azuki development team. Among them, the gas cost of mint multiple NFTs has been improved. 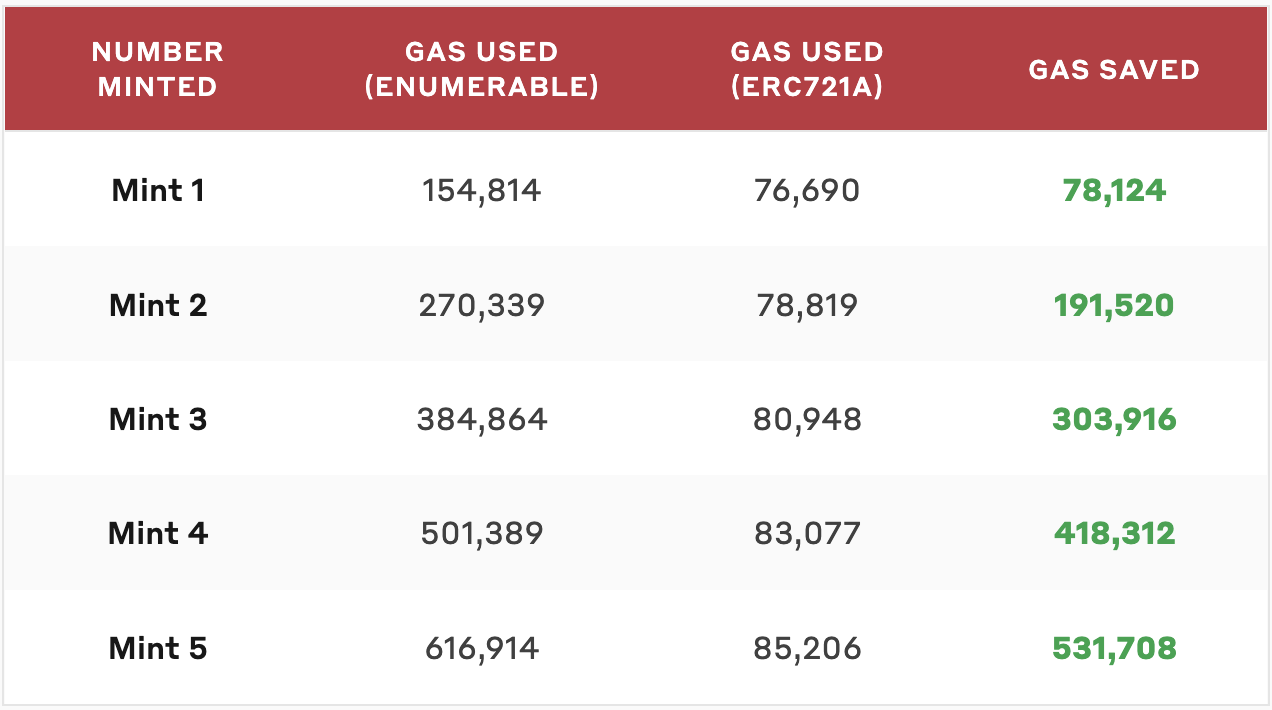 ERC721Psi uses a magical algorithm to quickly locate the NFT with the owner closest to# 53. Before the explanation, there are some concepts that need to be explained to you first, so that you can know how to use it in ERC721psi later.

Because the data stored in the computer is stored in binary form, the binary characteristics are used to record and calculate data. Each of these bits can be used to record data individually. For example, there are three NFTs # 1,# 2 and# 3), we can use a uint8 variable with a bitmap to record whether they have been mint. Because the uint8 variable has exactly 3 bits ( 000) in binary representation. When each bit is 0, we can regard it as not being mint, and when the bit is , we 1can consider it has been mint out. The above picture shows that# 1 NFT has been released by mint, but# 2 and# 3 have not yet. At this time, the uint8 variable value is 4 (decimal). The uint8 variable is 5 (decimal), which means that both# 1 and# 3 are mint, but# 2 is not yet. 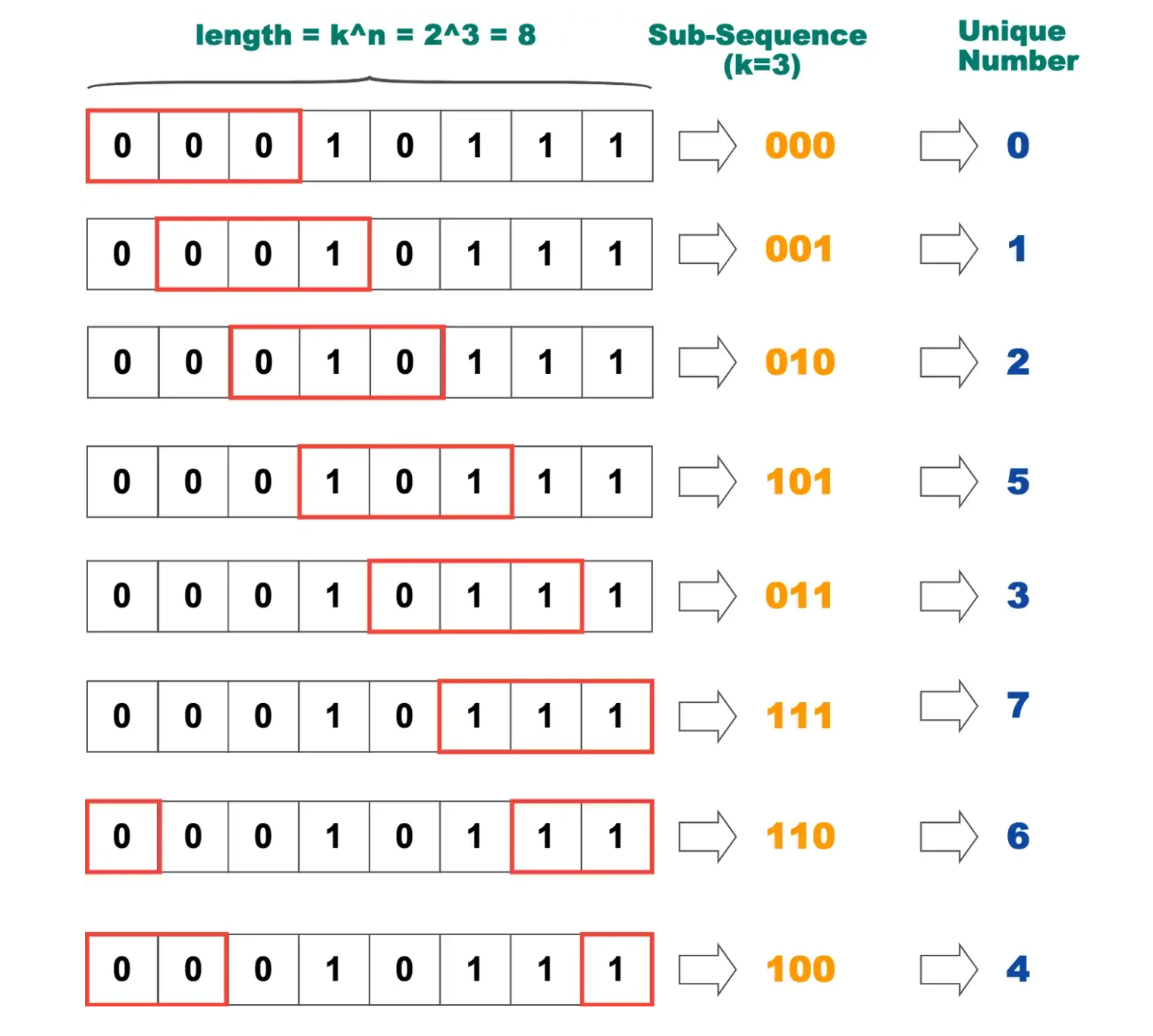 How to index the owner of token Id

Use an example to illustrate how ERC721Psi uses the above two technologies to quickly find the owner. In the contract, 256 bitmap is used to record the owner. For the convenience of everyone's understanding, we still use 8 bitmap to illustrate. The main function BitMaps.sol is scanForward(uint256 index) ( index referring to tokenId).

Use Bitmap to record the existence of the owner of tokenId 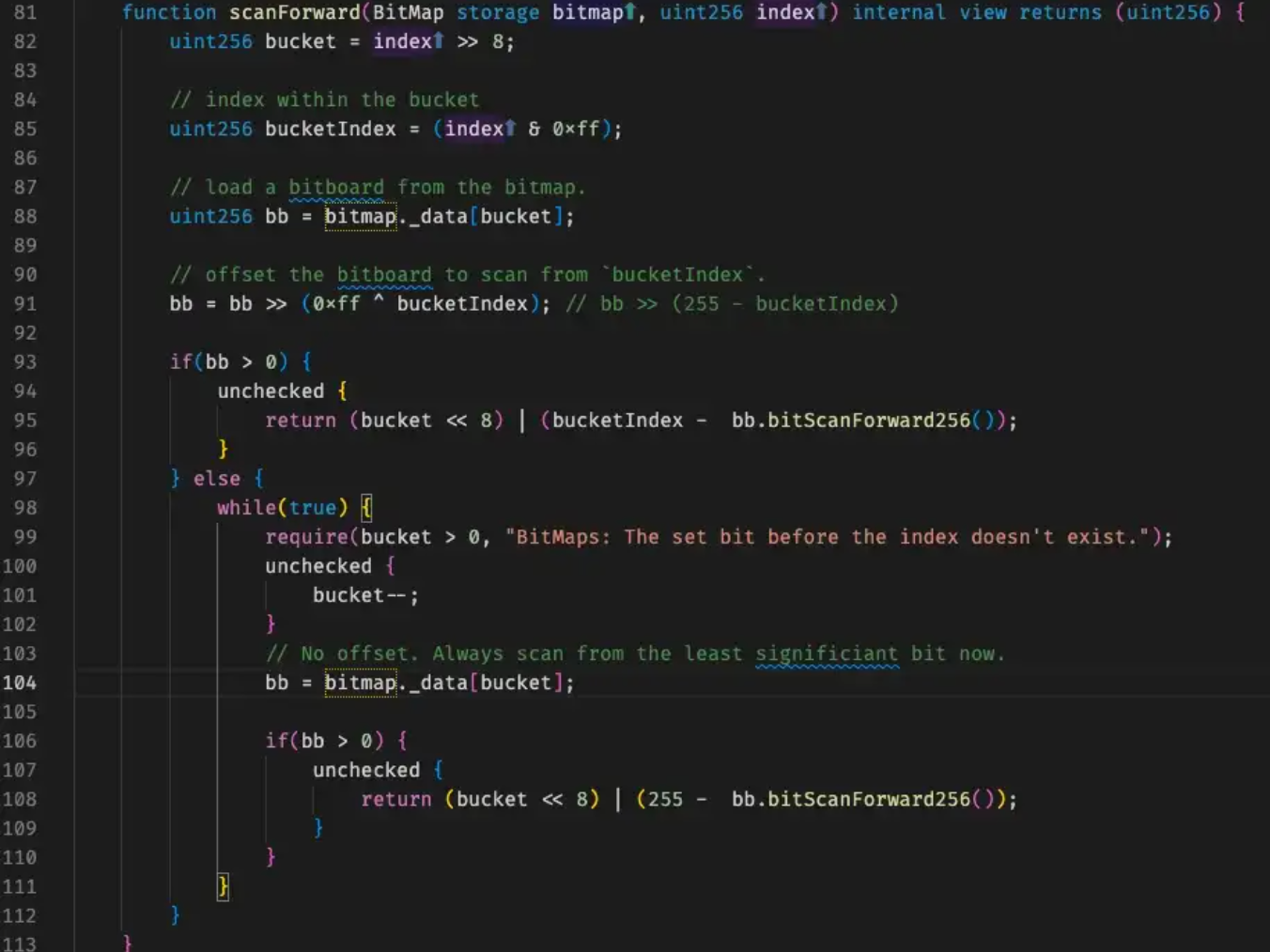 uint256 bucketIndex = (index & off) Divide index by 256 to get the bucket where this tokenId will be placed. A bucket is 256 as a unit (representing the owner with 256 tokenIds stored). uint256 bucketIndex = (index & 0xff) Calculate the location corresponding to the tokenId in the bucket. bb = bb >> (0xff ^ bucketIndex) It is to move the bitmap corresponding to the tokenId to be queried to the far right. The situation will be as shown in the figure below. Batch Head is the owner of the tokenId we are looking for 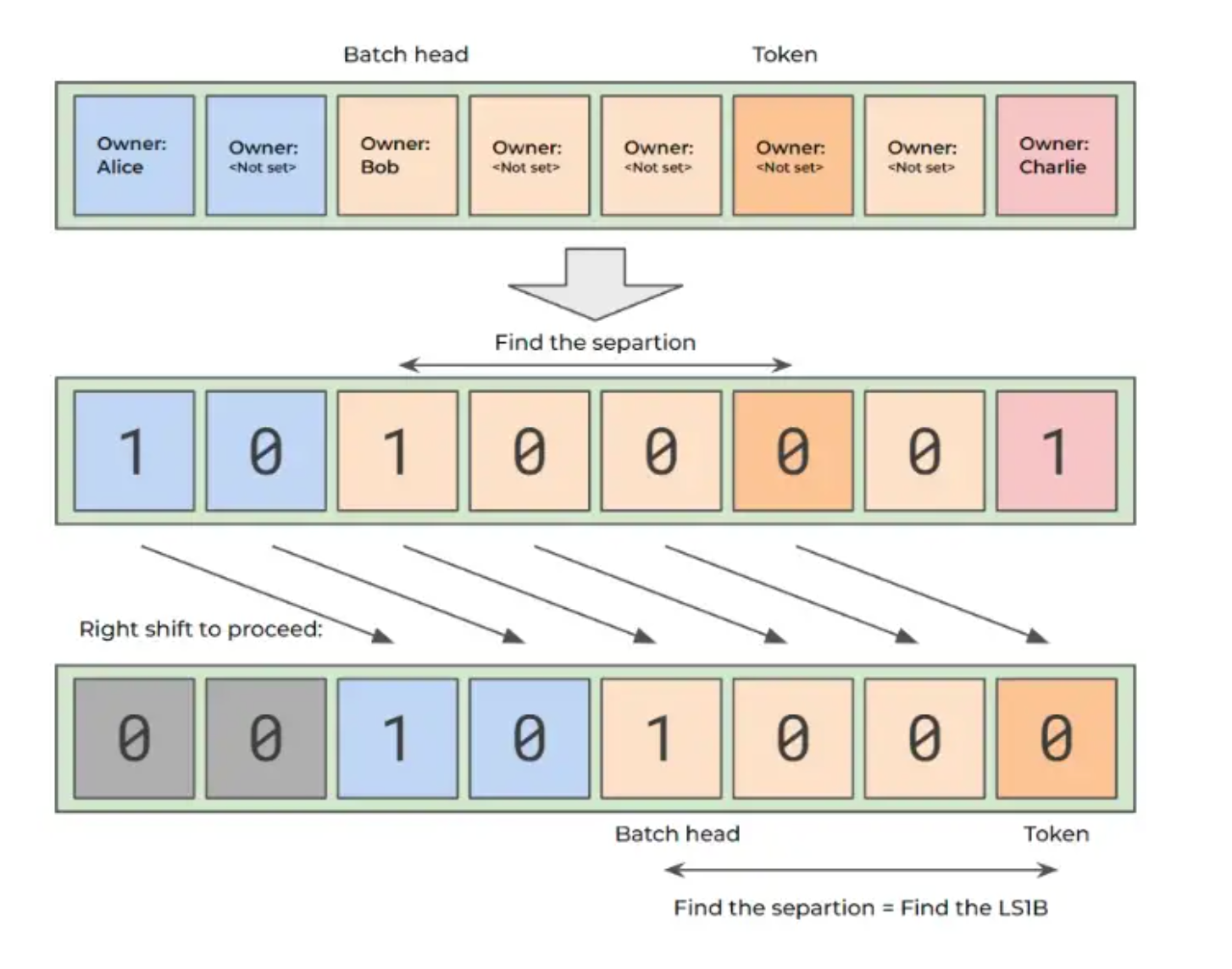 We want the tokenId to stay where the first bit on the left is 1, and set the others to 0. A little trick is used here, as isolateLS1B256(uint256) shown in .

The rendered effect will be as shown in the figure below, except that the position of the first 1 from the right is 1, and the others are 0.

In the figure, it can be found that there are three intervals 1in the position of distance , so it means that we need to move to the right three times. So is there any way to know 1 ? This will use the De Bruijn Sequence

Because a unique sub-sequence will correspond to a unique number. We can build a map (or lookup table) for these numbers. The key is the sub-sequence number, and the value is the distance from LS1B. In this way, the distance to LS1B can be directly and quickly located without polling. 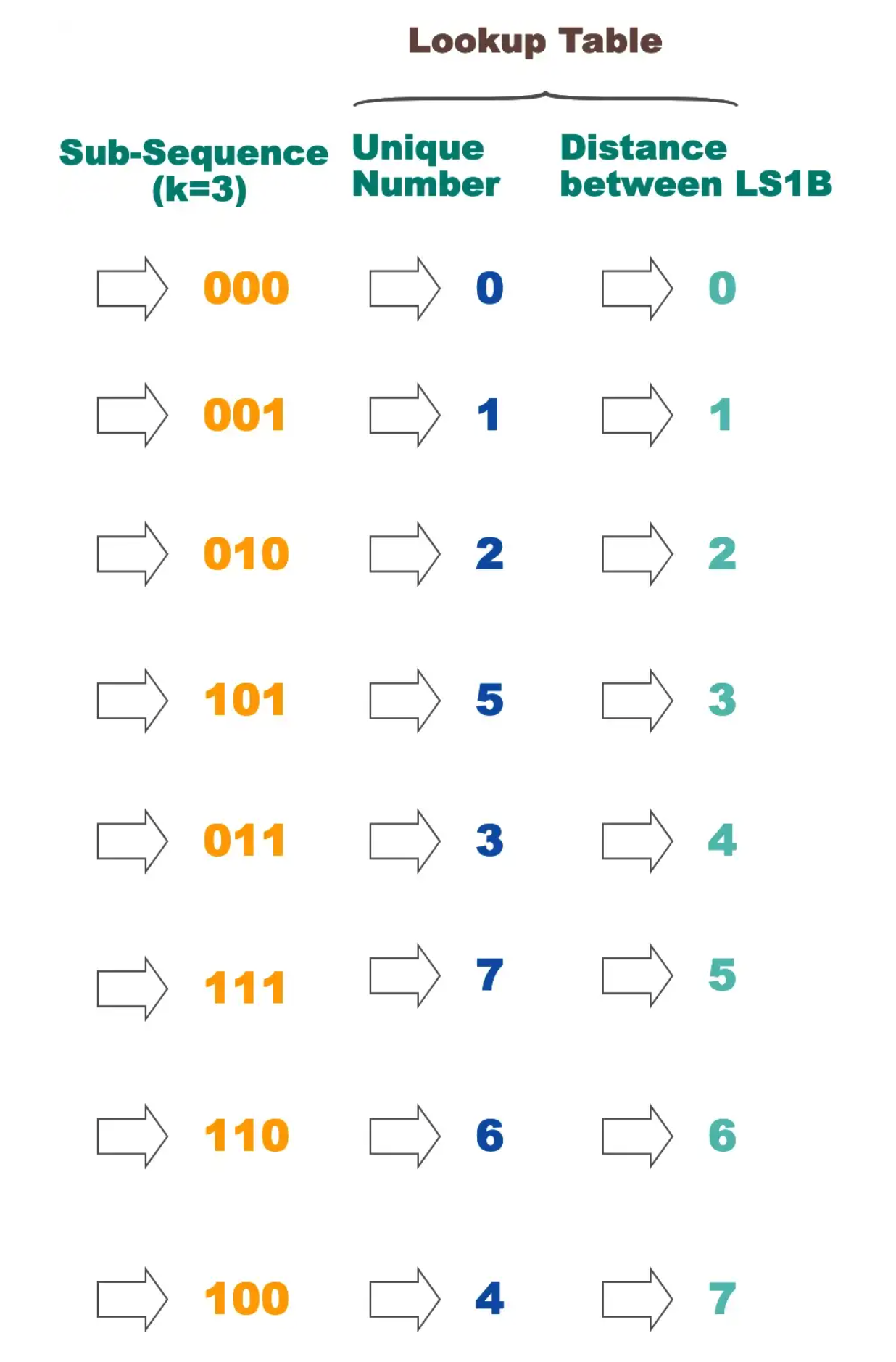 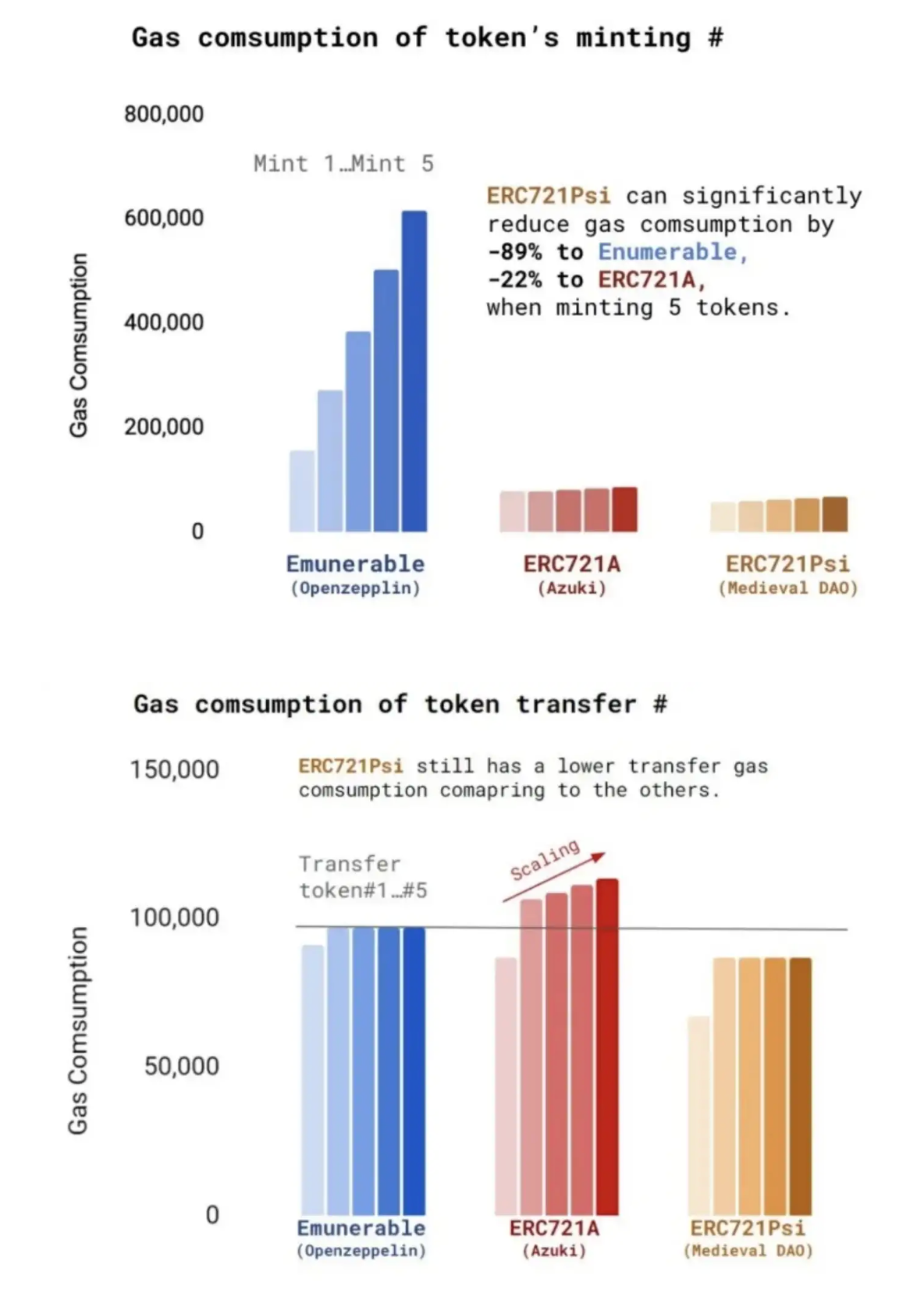 It can be found that the gas spent on executing mint or doing transfer has been significantly reduced.

The above are the main technologies used by ERC721Psi to reduce gas cost. The gas consumed by popular projects can be said to be very alarming. Therefore, when developing dApps at this stage, gas cost will also become one of the main considerations. The tricks used by the ERC721 Psi developers are ingenious and well worth learning. However, because ERC721Psi has not been verified by the market, whether it can guarantee certain security or not will take the test of time. With the rise of L2 or other L1 public chains, the gas cost has the opportunity to drop significantly. At that time, the architecture of dDapp will be further complicated and more functions can be realized!

See other articles by Dai