This is the first installment in a series of articles of indefinite length.

Throughout the years of working in various teams and building one, I have grown to appreciate code quality more than the actual tooling that the team uses. It doesn't matter what language you write in or what framework you use, anyone can get on board, if your code matches certain quality standards.

I want to share my experience to help startups out there expand their hiring pool by making their codebase easy to read and comprehend. 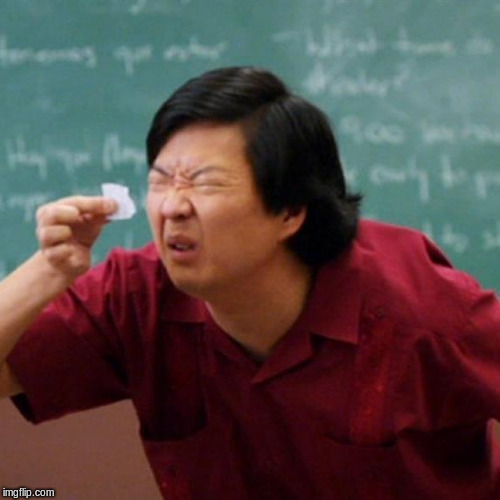 What on Earth am I talking about? Is it a sufficient amount of // comments? Maybe it's an abundance of s p a c e s? Indentation? Documentation?..

All of those are important, if done right. If you have ambiguous code, add clear comments to it. You do need to make sure your indentation and spaces are consistent. And you sure should write docs from the beginning (that might just be an article in this series).

In this post though I will talk about English. That is, the language. Spanish or Chinese can work too, but they'll highly limit your hiring pool, so English it is.

Why language in coding is important

In most languages humans use nouns to identify objects and verbs to express actions on those objects. That's how we read English.

If we start substituting verbs and nouns, it becomes literally impossible to understand the meaning of words. Here's this sentence with verbs and nouns swapped:

If we beginning substitution verbs and nouns, it start literally impossible to understanding the mean of speak.

The hell is this, right? I wanted to carve my eyes out writing that.

This doesn't make sense in human language. This is not how we read sentences. While this is a small example, if you have an entire project written with such disregard for human language grammar, it will quickly become confusing. It will take you much more brain power to keep in mind what's what.

How I would fix that code:

What did I change?

First, I introduced a new function for the if statement. It returns a boolean, which makes it clearer in itself, but also the name indicates that it returns a boolean. How? Try and make it a question: Has User? The answer is yes or no - boolean!

Second, I renamed the user() function to getUser(). Since functions are actions, it is only appropriate to use verbs for function names.

Third, I could use the now-available noun for the variable. That again makes more sense, since variables are objects, thus should generally be nouns.

Try to read that code like English now. Can you quickly understand what's happening? I don't doubt you do.

One Rule To Rule Them All:

You must be able to read your code like English the day after.

If you can't, you screwed up, redo it.

These rules are foolproof. Follow them and you will inevitably produce readable code.

How about a bad and good example of these rules?

What a difference! The first example is impossible to read in English, function names are ambiguous and do not reflect what they do. The second example is totally different though! The functions and their purposes are clear, each variable is understandable and I'm sure it takes you no time to read.

As I mentioned in the beginning, I have been a part of different teams and have built one. Having readable code helped us each time to hire good developers that don't have experience with our specific tools (which is especially important in JS with its variety of standards and frameworks). Approaching code like human language will allow your new developers to spend time being productive instead of trying to understand what you wrote.

Do you have any other good readable code practices? Let's discuss it in the comments!

See other articles by Jaff